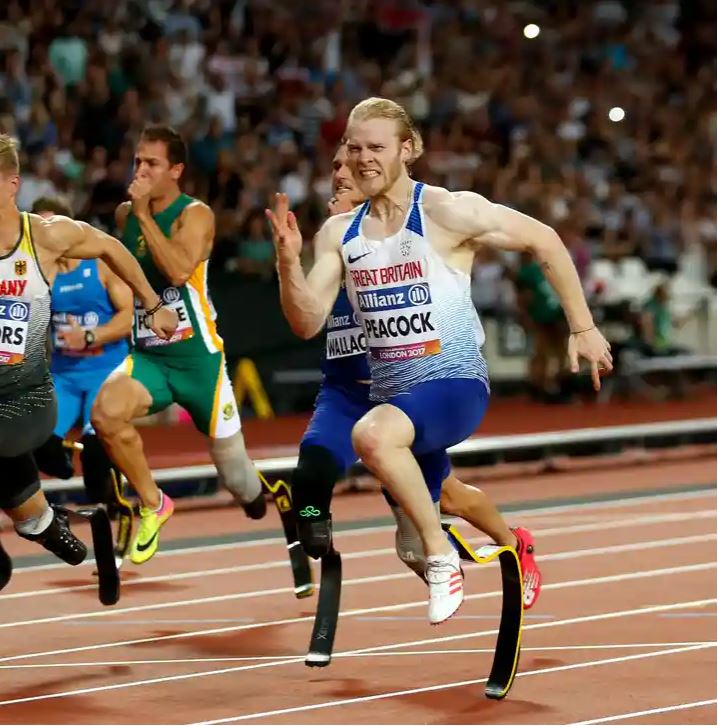 Jonnie Peacock MBE was one of the stars of the London Paralympic Games when the then 19-year-old made history to win the T44 100m ahead of Richard Browne and Alan Oliveira. Jonnie has won every major medal available with gold at London followed by a repeat four years later at Rio 2016. In 2017, Jonnie returned to the London Stadium to strike gold again in the T44 100m at the World Para Athletics Championships.

Later that year, not settling for just the running track, Jonnie has also competed in BBC's Strictly come dancing showcasing his running blade in a new capacity.

Jonnie is now focussing on Tokyo 2020 with his paralympic title to defend. Follow our news and facebook to see the latest updates on the preparations and results.