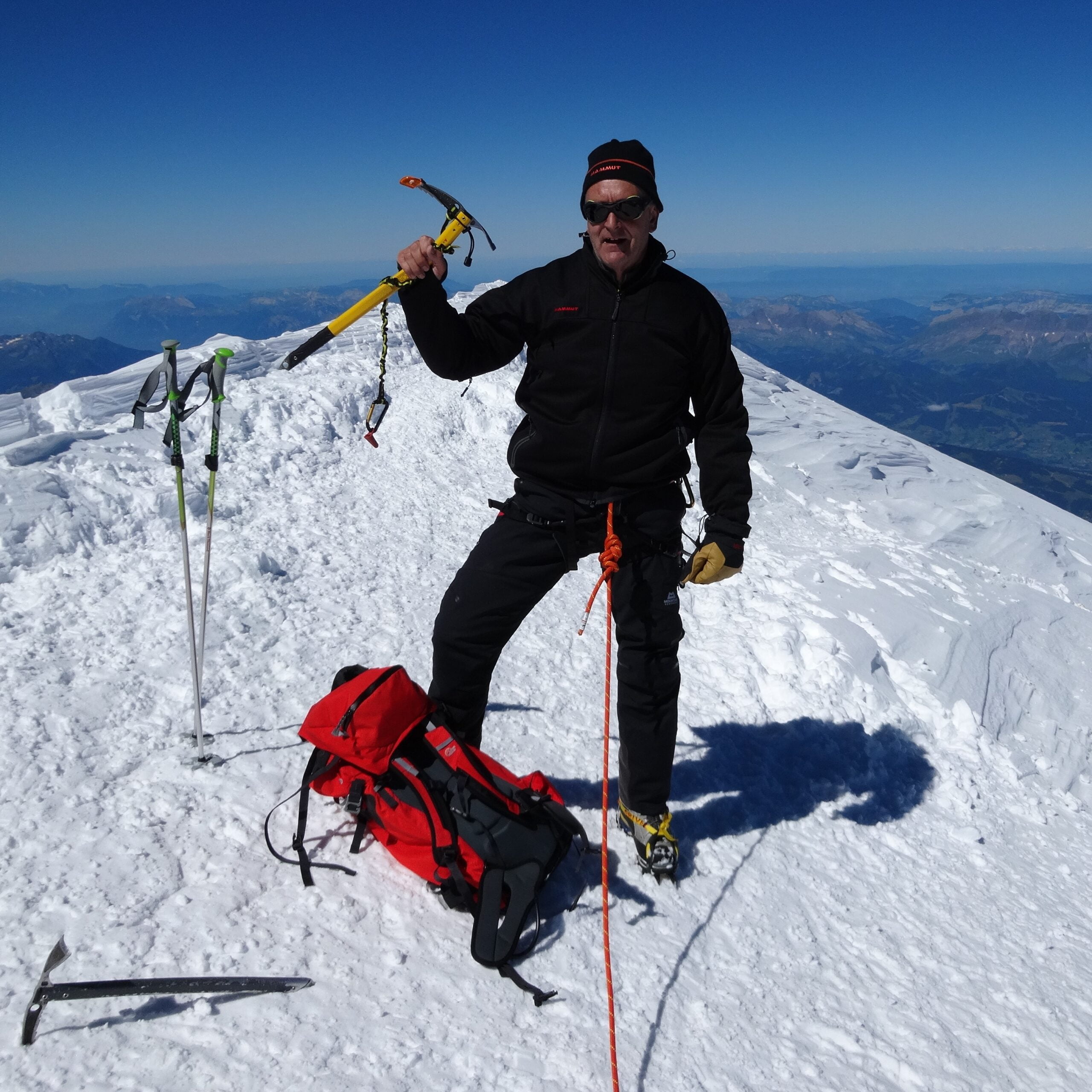 Chris lost his leg below the knee as a result of an accident and within three weeks of receiving his first prosthesis was competing in a Motor Rally at National level.

Many years later he was introduced to Richard Nieveen by a fellow amputee and another acknowledged expert in prosthetics also his chosen profession.

In preparation for this year’s Alpine climbing season Richard monitored the prosthesis which was placed under extreme stress during an intense physical training programme which involved three two day technical climbing sessions under the auspices of Christopher’s climbing partner and mentor, Pat Littlejohn, OBE for Services to Climbing and a former Director of the British Mountaineering Council, who guided Chris in the Alps.

The programme also included five trips to the Peak District to build stamina when carrying heavy rucksacks over longer distances and twelve vertical kilometres ascending conventional steps against the clock while carrying equipment averaging 12.5 kilogrammes. Richard was consulted on all aspects of the training including the normally delicate sphere of technical anti perspirants for the residual limb which in practice would be under maximum load for a period of ten and a half hours inside a waterproof silicon Icreross liner at high altitude with only 50% of normal oxygen and temperatures as low as minus ten Celsius on the ascent day.

Two weeks prior to departure Richard Nieveen and Kevin Shaw conducted a thorough inspection of the prosthesis and as a final safety precaution replaced mounting bolts and fine tuned the socket.

As a result of this team effort Chris, ably guided by Pat, made a successful ascent of Italy’s highest mountain at 4070 metres and plans to return next year for further climbing. He will also be conducting regular climbs in the UK and both he and Pat will be undertaking a much more arduous task this winter in training the third member of next years Alpine team who will be Chris’s twelve year old son also named Christopher.