Stef, who lost her right leg below the knee in a boating accident aged 16, launched herself out to 5.28 metres only to be denied F42/44 gold by a whisker. ProActive Prosthetics are proud to have supported Stef through her campaign to compete at the Paralympics and are delighted with her achievement.

Stef, who was born to British parents in New Zealand and grew up in Toronto, broke the Paralympic record with successive jumps, following up her second round leap of 5.08m with her very next attempt.

Stef savoured her silver medal, telling Channel 4: “There is something to be said for putting your heart and soul into it. 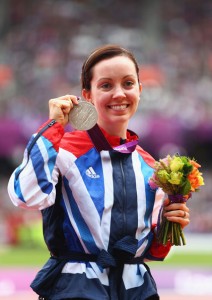 Even though it is a silver medal, I still feel amazing about it. I can’t wait to get on the podium.

“The silver is going to motivate me to go out there and train hard. I’ve still got more in the tank.

“It’s a fabulous feeling to know you have given it everything you can. I’ll be ready to fight again next time.”